It is extremely disappointing that with a total of $4.75m of public money being invested in this project, this amended DA20220104 for Figtree Park is for the removal, rather than the care, of our valuable park trees.

Little attempt has been made to maximise the retention of significant native and exotic deciduous trees that give this public land its particular character and amenity.

Council have opted to make only a modest reduction in tree removals in a nod to community pressure (see our August posts below…)   A few of the more iconic trees in this unique park have been saved, but there are still 27 (not 21) individual trees to be removed and some trees not originally under threat, have now been added to the ‘destroy’ list!

With so much money at its disposal, Council could have dramatically improved the condition of all the existing trees so as to retain as much as possible of the natural tree cover.  This would be both beneficial to the environment and improve usage of the park.

However many of the trees in the picture below are to be removed – reducing a huge area of shade just where new seating is planned! WHY?

GOING, GOING GONE…..
The 11m Willow Gum (in the foreground) endangered in its natural state and in dire need of pruning, was originally given a “Consider for Retention” status by the Arborists. This is now to be cut down, together with the Willow Gum behind it, the Native Daphne on the right and most of the middle storey trees in this photo! 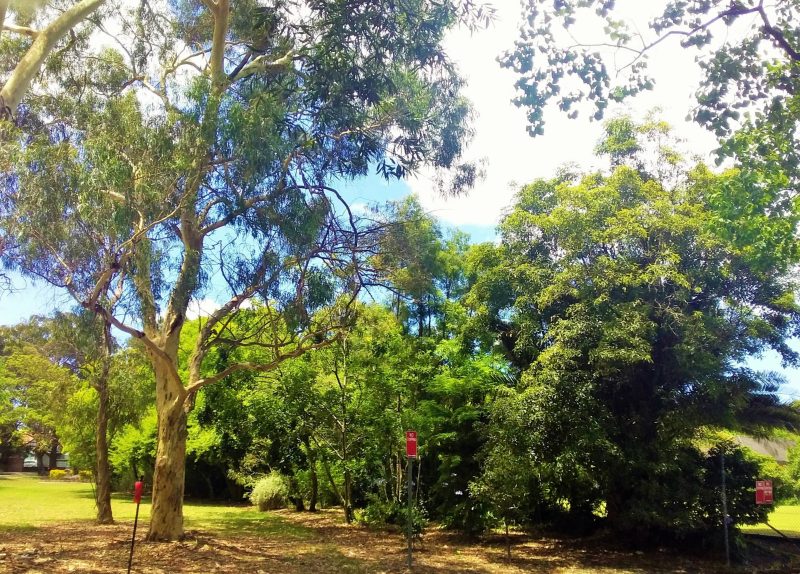 Some healthy trees such as the Broad leafed Paperbark and Queensland Firewheel pictured below, will be cut down to make way for footpaths!  Some trees that in the previous DA were only going to be pruned, are now being removed.  And a tree that was deemed by Arborists to be ‘Priority for Removal’ is now saved!   What’s going on?

Ensuring existing trees have the best of attention by being pruned and tended in order to extend their life as much as possible should be a given and removing any but the most seriously damaged, could be considered vandalism!

Residents expect Council to lead the community in ‘best practice’ and set a high standard in terms of tree conservation and management, particularly in light of our declining tree canopy and continued tree destruction. 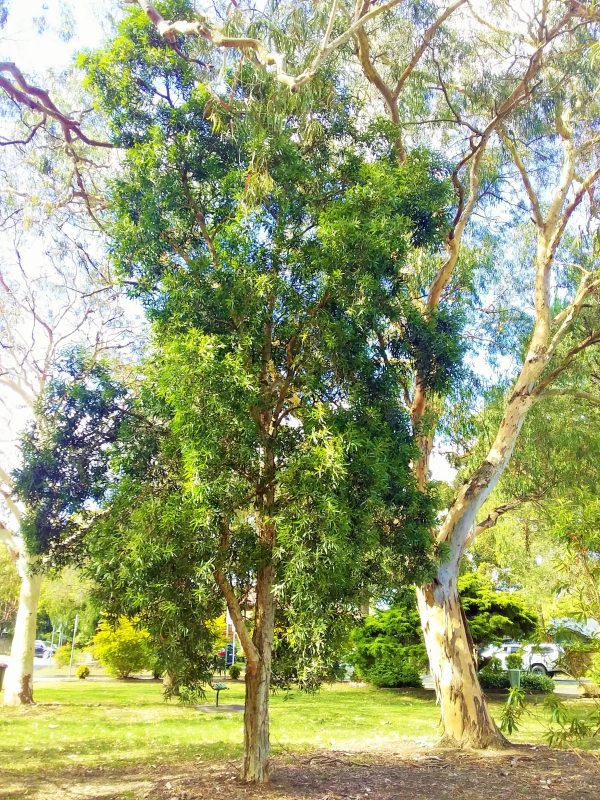 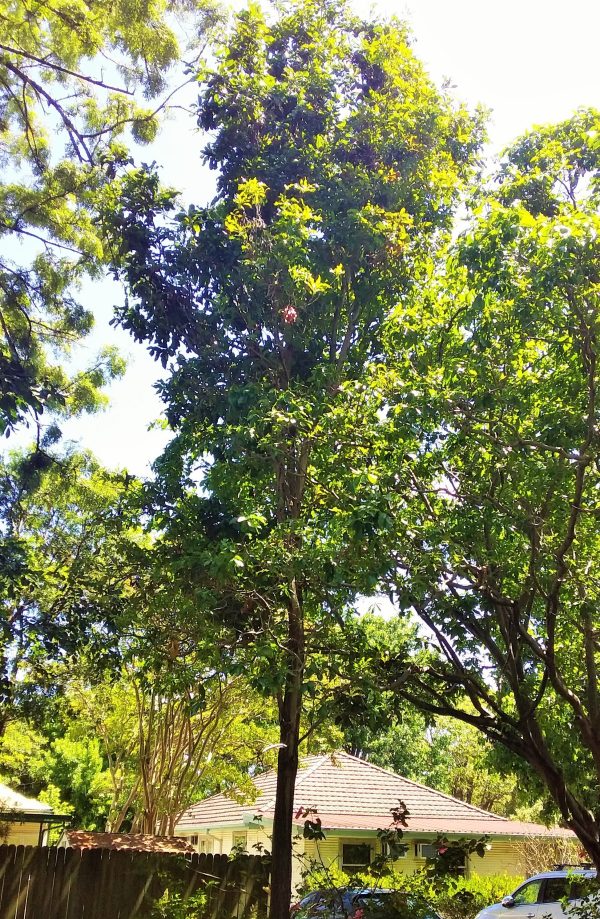 The decisions made in this DA appear conflicting and random and it is a missed opportunity which does little to instil confidence that there is any concern from Council to minimise tree loss.