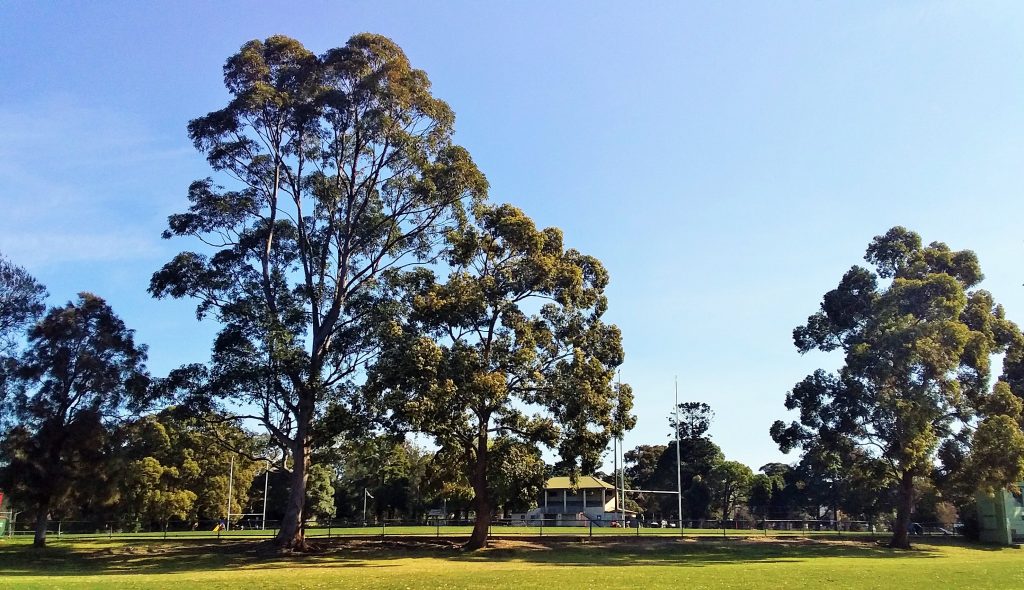 Mature eucalypts due for removal

Hunters Hill Council has now lodged a Development Application DA20211184 for a Sports & Community Facility at Boronia Park. You may have received a flyer from the Boronia Park Action Group inviting you to have your say on this development within our heritage-listed parkland. Submissions close on Friday 17 September 2021 at 4pm and we encourage you to make your views known to Council at customerservice@huntershill.nsw.gov.au   The Trust’s submission is here Boronia Park

Council promotes this building as a ‘community facility’, although we know the Hunters Hill Rugby Club will have almost exclusive rights and access, at a nominal cost of $100 per annum!  Despite this, ratepayers are expected to cover an annual maintenance bill in excess of $38,000.

The need for better facilities in Boronia Park, such as female change rooms, storage, etc is clear, but amenities can be easily and more sustainably provided by restoring and extending the existing heritage grandstand, as intended by the original $1M State Government grant.  In fact, this site was identified in the 2015 Boronia Park Management Plan as being the most appropriate, reinforced in 2020 by Council’s independent consultant finding overwhelming support for the grandstand location, with 97 submissions in favour and only 6 opposed.

However the Plan adopted by Council, under pressure from the sporting lobby, instead locates a new 50 metre long, 8 metre high, two-storey facility between Ovals 1 & 2.  This oversized structure will act as a wall between the two ovals, destroying views across Boronia Park to bushland and compromising the expansive sense of open space.  It will require a lift to reach the viewing platform, adding to maintenance costs and energy use, and will be lit up until 11pm at night, disrupting nocturnal wildlife and local residents.  The removal of 3 or 4 healthy mature eucalypts is indefensible and the casual acceptance of their loss reflects poorly on Council and is a further blow to the community.

It is evidence of fiscal imprudence that Council, as the development’s applicant, has not guaranteed that the funds required to construct this facility are yet in hand.  There is also a well founded concern that, should the Rugby Club fall short of its fundraising target, Council and ratepayers will be under pressure to foot the bill even further.  Please be sure to have your say at customerservice@huntershill.nsw.gov.au quoting DA 20211184.