Another twist in the saga…… 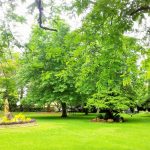 What next for Figtree Park?

Following on from our post below – we have now received a reply from the General Manager Letter from HHC GM in response to our query as to why elements of the unadopted Property Strategy appear in the draft Figtree Park Plan of Management.  As you will see, he acknowledges that this has occured, but under section 8 ‘Future Uses’

In response to our request that any comments or suggestions in the Ideas Map not pertaining to the open space of the Park will be excluded from the Survey responses, the General Manager goes on to confirm that ‘All comments recorded during the consultation period will be included in the summary of feedback but as detailed earlier only those items which are permissible under the Figtree Reserve Plan of Management will consider [sic].’  We will be holding him to his word.

At its March meeting, Council approved a Plan of Management for Figtree Plan to be sent to the Department of Planning, Industry & Environment for review.  It has not yet been placed on public exhibition but we have been sufficiently dismayed by its content to approach the Minister Figtree dPoM letter to Rob Stokes 16 July 2021

Our concerns are that the Plan of Management appears to deliberately conflate the modest updates required for the Park with elements of Council’s controversial draft Property Strategy, which was not adopted due to wide opposition from the community – and residents are still awaiting the promised revisions.  Also by calling it the Plan of Management 2021 ‘Figtree Park and Gladesville Community Centre reserves – Part of the ‘Village Green Hub‘, it appears to be a contrived attempt by Council to entrench its development-driven proposals for the existing village into the Plan.

To confuse matters further, the first stage of the online Figtree Park consultation includes not just a ‘Survey’ but an ‘Ideas Map’ for the surrounding area.  Rather than simply obtaining community views on Figtree Park’s open space, this again misleadingly inserts the draft Property Strategy into the Plan.  The Ideas Map already has comments and suggestions that are well beyond the scope of the grant conditions and are completely irrelevant to “Reimagining Figtree Park”.

We have approached Council for an explanation as to how the proposals in the draft Property Strategy came to be included in the PoM for Figtree Park plus an assurance that any comments or suggestions in the Ideas Map not pertaining to the open space of the Park will be excluded from the Survey responses.